The Church is a Field Hospital for Sinners.

Why is Mary, the mother of Jesus, such an important person to Christians?

St Bernard of Clairvaux (1090-1153) imagined the moment when the angel Gabriel told Mary that she had been chosen to be the mother of Jesus, the Son of God. The angel waits for Mary’s reply, Bernard says, ‘for he wants to carry it back without delay to the God who sent him.’ It’s as if the whole world holds its breath, waiting for Mary’s response. At this moment Mary holds the key to the freedom of all human beings in her hands. Finally she says, ‘Here am I, the servant of the Lord; let it be with me according to your word’ (Luke 1: 38). 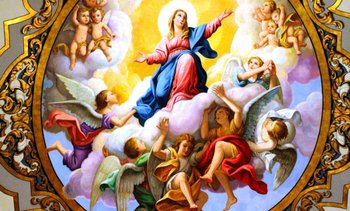 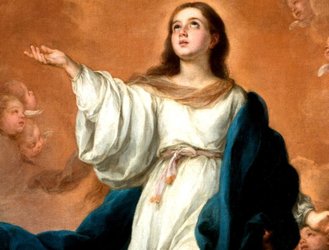 Mary says ‘yes’ to a future she cannot imagine, full of the possibility of rejection by her fiancé Joseph, the humiliation of her family, and the pain of childbirth. She also says ‘yes’ to an intense period of physical closeness with God. It is a ‘yes’ to wonderful things and to terrifying things, but most of all it is a ‘yes’ made in the darkness of the unknown. In agreeing to what God has asked of her, Mary’s faith leads her to trust God and all that God has planned for her. Before anyone else has even heard the name of Jesus or knows anything about him, Mary demonstrates the most extraordinary courage as she chooses to serve him. She can rightly be seen as his first disciple. She may also be said to be the first evangelist for, shortly after the visit from the angel Gabriel, she goes to her cousin Elizabeth and tells her about the great thing God has done for her; and as she sings what is called ‘The Magnificat’ she proclaims the good news for all people: ‘He has brought down the powerful from their thrones, and lifted up the lowly; he has filled the hungry with good things, and sent the rich away empty’ (Luke 1: 52-53).

a phrase which means more than the one who gave him birth, but includes all that a mother gives to her child. Mary is the one who first smiles at Jesus, first feeds him when he is hungry and comforts him when he cries. Closest to him in his childhood and youth, she gives him the independence he needs to undertake his mission. The Gospels suggest she is with him at times in his ministry, and then she is with him by the Cross, bearing a grief which, as his mother, is uniquely hers.

After Jesus’ ascension Mary is part of the company of his followers ‘constantly devoting themselves to prayer’ (Acts 1: 14): the first community of the Church. We do not know whether she remained in Jerusalem or went with John to Ephesus, for there are differing traditions about which saw her final days on earth. Similarly, traditions vary about the nature of her place in heaven, but perhaps it is true to say that as the first and most perfect disciple she should be first amongst those for whom Jesus had prayed: ‘Father, I desire that those also, whom you have given to me, may be with me where I am, to see my glory . . .’ (John 17: 24). 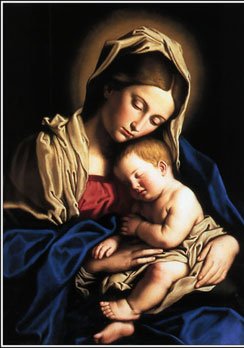